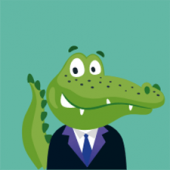 A Site’s Integrity Shows Through Reviews

By TheTiminator, Monday at 08:01 PM in Submit a Review