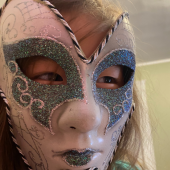 We do have this listed in our terms of service, that we can ban at our discretion. You won’t find a casino that doesn’t have this clause. To be clear, it’s not there for us to make money or anything like that. Since casinos are constantly adding new games, providers, etc, there is a chance that unknown conflicts or bugs can arise. The only time we intervene is when we see that something like this which is clearly getting abused. If you had someone siphoning your business funds due to a loophole,

BC.Game's response to this players claims